Sarah has been sneaking up on me from the beginning. I didn’t even know I was pregnant until my fifth month. That being the case, I shouldn’t have been surprised when she arrived before the midwife.

I had planned from the beginning to deliver my second child in the most natural way of all: at home where I could be relaxed and comfortable. I had chosen Mercy to be my midwife. Mercy Inyang was a large, self assured black woman who had studied midwifery in England. Her strong, capable hands had assisted in literally thousands of births.

On our first monthly appointment, Mercy encouraged me to buy a book on natural childbirth, preferably using the Bradley method. Bradley teaches the mother to relax as completely as possible while visualizing her body at work, unlike Lamaze, which teaches the mother breathing techniques designed to distract her from what is happening.

The book described in detail the three main stages of labor. The first stage was described with charming stores of women cooking dinner, going shopping, taking a leisurely swim and generally feeling excitement about the process beginning. The second stage was described as the “serious stage,” where the woman is required to relax and concentrate on what is happening in her body. This is where most of the work is done, and this stage can last for hours. This third stage is the pushing stage, which concludes with the baby in your arms.

The book went on to tell about the role of the birthing coach. Bole would be mine. He would bring me ice chips when my mouth became parched and snacks if I grew hungry. He would use his strong arms to rub my back during the long hours of labor. Perhaps most important, he would encourage and support me by saying all the right things. He would tell me how strong I was and how proud he was of me. When I was nearing the end of my second stage and experiencing doubt about whether I could go on, he would be reassuring and remind me that those feelings signal the beginning of the pushing stage. I had it all planned.

Bole and I were watching Arnold Swartznegger’s move Total Recall. (Maybe movies should be required to have warning for pregnant women similar to those you see on large rollercoasters.) I was sprawled on the couch, looking something like a boa constrictor that had swallowed a basketball, trying to get comfortable. Just as another head exploded on the screen, I felt the muscles under my belly tense up and pull with incredible strength. The sensation lasted about a minute. Not wanting to call a false alarm, I waited to see if it would happen again. It happened again in 10 minutes, then in eight, and again in seven. I finally spoke those fearsome words, “Bole, I think I’m in labor now.” He answered with a stern look, “Don’t kid around, Karen. That’s not funny.” He noticed that I wasn’t laughing. Was it really fear that I spotted on that battle-hardened face of my tough Marine? Or was it just the fact that he would miss Monday Night Football?

The contractions were only five minutes apart as I beeped Mercy. By the time she returned my call, I had been in labor an hour. She told me not to worry, that she was with another mother and would be with me in plenty of time. Relieved that she would be with me soon, I followed her instructions and lay in bed on my side.

What happened to the “easy” first stage of labor? What had happened to cooking dinner, going for a leisurely swim and the other fantasies about this elusive first stage? I wasn’t even capable of making it to the bathroom without sinking to the floor halfway there to ride out the effects of my muscles straining to release the tremendous bulk I was carrying.

Bole was seated in the folding chair beside our bed. He was wearing his grandfatherly reading glasses and was intensely studying the childbirth book he had put off reading.

I raised my hand to signal him that I was having another contraction. Bole asked, “Does that mean you are having another contraction?” Had he already read the book, he would have probably been aware of the fact the women in labor hate stupid questions. The absolute absurdity of his query spread through my veins like fire, finally erupting in my head as I picked up the nearest heavy object (a book), and finding new strength, hurled it in his direction yelling, “What the ____ do you think it means?” Coming to the next chapter, he read the warning, “If you distract her, she may snap at you.”

I had only been in labor two and a half hours when my contractions become very intense. It felt as though even my thighs were in labor. It took all of my concentration to remain calm, but secretly, I was afraid that I wouldn’t be able to take this for several more hours. Where was Mercy? It become impossible to tell where one contraction ended and the next one began. My universe become one continuous, uncompromising pain.

I was pushing! I didn’t even realizing it until I had done it two or three times. This was exciting! This was it! I was actively doing something; I was exhilarated. As I was grunting and sweating and pushing, a thought came unbidden into my head. I felt like one of the gorgeous ladies of wrestling. How could something so exclusively female be so unfeminine?

I told Bole that the baby was coming. “Get at the end of the bed.” He hesitated, “I think we should wait for the midwife.” I shook my sweat-drenched head, “I’m not waiting for anyone; this baby’s coming now, and you better get down there.”

The back-up quarterback came through for the home team. He took the snap from center and handed off to Mom. Touchdown! After only three hours of work, I delivered a seven pound, two-ounce baby girl. I can still see her little grey face before she took her first breath. She spent her first forty-five minutes of life snuggled warmly on my much-reduced belly, calmly lifting her head, doing what Bole had wanted to do. She was waiting for the midwife.

This short story was published in the Fall 1993 Bayou Review.

2 thoughts on “Wait for the Midwife!” 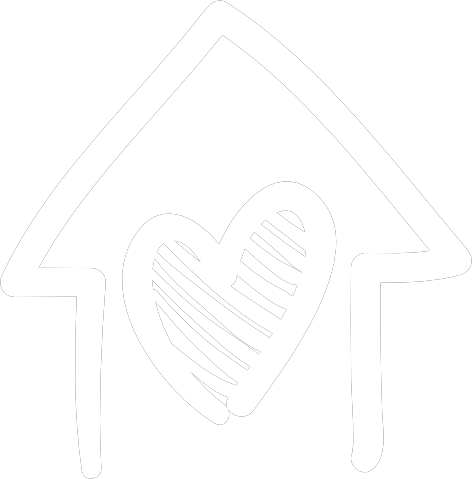